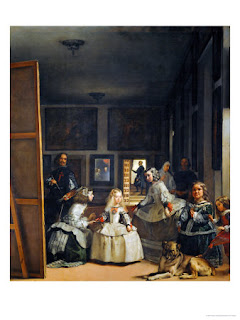 Americans pride themselves on planning ahead. That’s why our big stores start celebrating Christmas in October.
Shopping, of course, is one of our inalienable rights, guaranteed by the constitution along with the right to pack more horsepower, firepower, and body mass per capita than any other nation on earth.
The consumer spending that drives our economy traditionally kicks into high gear on a day known as “Black Friday.”
Black Friday, the day after Thanksgiving, is the symbolic day that store balance sheets turn from red ink to black ink. Black Friday is the day that stores turn profitable so, naturally, they want to stay open as long as possible.
To maximize black ink, stores open early on Black Friday. and each year they open earlier. 8AM gave way to 7AM which eventually gave way to 3AM.
Consumers craving deals and hoping to stretch their dollars in a poor economy queue in the cold for hours before the doors open. Long before Occupy Wall Street, the other 99% camped on sidewalks and peed in parking lots for Black Friday.
Black Friday can be quite competitive. One year, people got trampled as throngs pushed through the doors in a frenzied search for bargains.  Another year, tragically, a store employee was killed by a stampede.
Given the opportunity to get drunk on black ink, it was only a matter of time before the big stores figured out that they could open even earlier by opening the night before. In the past, “the night before” corresponded to Thanksgiving dinner, our most sacred public holiday besides Halloween.
But, as our founding fathers so foundingly declared: Nothing is more sacred than commerce.
Are you looking for an excuse to abandon those dull, stuffed relatives? Need some aerobic shopping after the big meal? Run out of pumpkin pie or just worried that someone else is going to get the last big screen TV deal?
Give thanks, America. The mega-stores are now open right after Thanksgiving dinner.
So when you sit down to your rushed Thanksgiving feast this year, be sure to give thanks to those store employees who are giving up their Thanksgiving and risking their lives to protect our freedom to shop 24/7.
And if you really want to get a jump on the deals, why not have your Thanksgiving feast right at the MalMart McRonalds?
Shoppers Go Crazy. 4AM Black Friday, 2010
Posted by R.S. Gompertz at 12:26 PM 3 comments:

I know better than to compete with Eddie Murphy, but now that he has stepped aside and before Billy Crystal dry cleans his tuxedo, I offer my services to host the 2012 Academy Awards.
I checked my schedule. I can squeeze it in and, frankly, they need my help.
At 84 year’s old, the navel-gazing gala has gotten stale and predictable. Does anyone really want to watch another room full of glitzy people with big shiny teeth pretending to congratulate each other?
It’s time to shake things up.
For starters, we need to move the Oscars out of Hollywood. It’s a great place, but other towns are more deserving.
Imagine what the Oscars could do for Flint, Michigan. The infusion of cash from Oscar related activities could probably solve the Greek debt crisis. Or, what if we held the event in a secret location and made attendees hunt for it?
Better yet, what if we make the event 100% virtual?
Liberal movie stars and toothy glitterati will be thrilled by the first ever Emissions Neutral Academy Awards. No plane flights. No gas-guzzling limos. No klieg lights visible from space.  The parched aquifers of Southern California will be spared from thousands of showering hotel guests and hot tub parties.
What if everyone stays home and we webcast the entire event over the Wii channel? I've already chosen my avatar!
By bit torrenting all films directly to your smart phone, we can revolutionize voting. Instead of a secret cabal of industry insiders, everyone will have a say. Besides, nobody understands who the “Academy” is or why its minions never award trophies to Muppet movies.
To liven things up, we’ll offer exciting new awards like “Worst Sequel,” “Dullest Foreign Film,” and “Biggest Dud.” We’ll launch an entire category dedicated to films that rely on excessive special effects instead of actual story telling.
All the silly song and dance numbers will be moved to YouTube.  The tedious envelopes and nominations and tearful “thank the academy” speeches will be replaced with live blogs and Twitter hash tags like #insecure-narcissist and #I-don’t-really-own-this-jewelry.
The after-event parties that none of us are ever invited to will be replaced by a more inclusive world-wide discount on pizza delivery.
So, Academy of Motion Picture Arts and Sciences, the ball’s in your court. I’ve cleared my calendar. Have your people call mine.
Posted by R.S. Gompertz at 7:57 AM No comments: