How I Lost the War

The phone rang around midnight.
“Wake up you smart ass Jew-boy!” a drunkard shouted.
It was my belligerent landlord, Mr. Hemison.  He was generally tolerable, but tonight he was on a bender.
“You might as well commit suicide right now!”
As a poor student in Westwood, one of L.A.’s richer zip codes, I was willing to put up with a certain amount of abuse in exchange for low rent.  “What’s wrong, Mr. Hemison?”
“You’re losing the war against the ants.”
It was true. The ants were winning.
For $75 a month, I had a small room in the basement and a job as the building’s caretaker. I pulled weeds, purged hairballs from clogged drains, and vacuumed the Astroturf stairways. To make ends meet, I snuck into the unguarded cafeteria of a nearby housing co-op for my meals.
The tenants were all UCLA students like I was. In addition to fighting ants, we battled the high rents  and turned a dense and narrow neighborhood west of Fraternity Row into a student ghetto.  Most of the area’s small apartments were stuffed two students to a bedroom. Mr. Hemison had no idea how many illegal sublets and permanent “visitors” lived in his building. He was usually too drunk to care.
The only people living in worse squalor were the Frat Row bros.
When they weren’t having 6AM Tequila Sunrise parties and then taking over busy intersections to misdirect traffic on Gayley Ave, the brothers blasted music with enough sound power to keep the rest of us dazed and confused.
Early one morning, a travelling preacher dragged a large wooden cross up Fraternity Row and planted it on the front lawn of Tappa Tappa Kegga. He had a full head of hurricane-proof hair and looked self-righteous in a three-piece suit. He had a bull horn and was on a mission to save the fraternity brothers from themselves.
“Fornicators!” he shouted.  “Pagans! Pornographers! Pleasure mongers!”
I was walking to an early class but couldn’t resist waiting to see the fireworks.
Unfortunately for Right Reverend Potty Mouth, the brothers slept through his tirade. Tired of preaching to no one, he followed me onto campus screaming “Repent you masturbator!” at the back of my head.
His cross had a wheel at the bottom which enabled him to move pretty fast. He was a real holy roller but I eventually outran him.
In retrospect, I wish I had thought to invite him back to my apartment building to rain holy hellfire down upon the ants.  After riding us of pestilence, perhaps he could have exorcised Mr. Hemison’s demons, too. 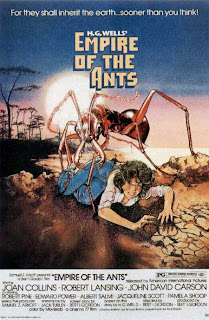 I visited New Orleans and the Bayou country a long time ago.


A few memories stand out like being refused entrance to a Zydeco bar in Lafayette because it wasn’t “Honkey Night.”


Somewhere along the way, I saw two bumper stickers whose wisdom has stuck with me ever since.


The first said “Don’t Drink and Drive. You Might Spill Your Drink.” In a region that boasted drive-through Daiquiri stands, the logic was self-evident.


The other said, “We Don’t Care How You Do It Up North.”
This was back in the pre-Katrina days. Since the civil war had long since given way to civil rights, this sentiment just passed right through me.


It wasn’t until I had changed jobs, cultures, towns and countries a couple times that I grasped what that Southerner had been trying to tell me.


It may be vanity, but we’d all like to think that we’ve accumulated some useful experience over the years. Wisdom, maybe. Perhaps our accomplishments are worthy of respect and our contributions are appreciated.


Fine, but don’t expect any of it to translate.
It turns out that much of your importance is context dependent. It’s local. Unlike changing hairstyles, when you change jobs, towns, schools, or cultures you’ll probably have to re-build the part of your self-image that derives from how others perceive you.


You may have done it better out west, but nobody wants to hear about it back east.


The exception to this is if you are some combination of rich, famous, powerful, or beautiful, but stature in one place doesn’t always translate to the next. Appearance is the most immediate example of this.


One warm Sunday, long ago, my family was sitting in a public square of a small village north of Barcelona. A proud, well-dressed fellow was strutting his well-dressed family across the plaza.  He looked like the sort of rotund, stuff-shirted silent film character who might have played “The Mayor” or “The Rich Industrialist” in a Charlie Chaplin movie. He was prim, proud, and polished. All he lacked was a top hat. It seemed like too hot a day for a coat and tie, but this was a fellow for whom appearance trumped comfort.


Approaching from the other direction was an American family that we knew from our kids’ school. They hailed from one of the richest postal codes on earth and  were living in Spain while their kitchen was being remodeled back home. He was a descendent of a famous film star. She was many years his younger. Their kids probably pooped gold nuggets. I don’t know if they were good people or not—the truth is, they were kind of snooty but you couldn’t tell by looking at them. They dressed in what could mercifully be called “Shabby Chic.”


One great thing about the West Coast of the USA is that you can’t tell anything about anyone by the way they are dressed. Millionaires look like bums. Bums drive Cadillacs.  Beautiful people turn ugly and the famous, infamous.


But to the Spanish patriarch, the Yankee millionaires must have looked like a walking disease. In his eyes, their appearance masked any possibility that they might be charitable, upstanding, or worthy of common courtesy.  Not that it should matter, but they offered him no visual clue that they happened to have money coming out of their ears. All he could see is that their ears were dirty and on an intercept course with his sparkling offspring.


He judged their dog-eared "West Coast Casual" by its cover. They weren’t even looking at his first edition copy of "Old World Formal." These two fellows and their fine families may have had everything in common, but there was no chance the twain would meet.


In the Chaplin version of this scene, the Spaniard’s bushy eyebrows would have knocked the top hat off his head. In my memory, his stiff body language signaled his offense at having to share the public square with such apparent riff-raff. He spun his family about and herded them back to a corner of the plaza where appearances mattered.


The oblivious Southern Californians continued on their loud, merry way, indifferent to how anyone did it up north. 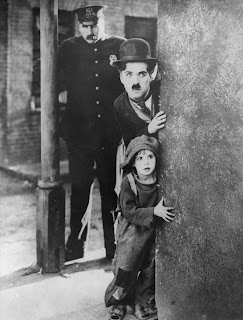