My Audition for a Presidential Speech Writing Job

This election is a choice between two Americas.  My opponent’s America is a classic rock band who’s tired, droning songs are honey-coated with falsetto harmonies but ultimately make no sense.
My America is the star of “Ugly Betty.”
This is a nation of immigrants many of whom got stuck here when United Airlines went bankrupt. Others ran out gas on the way to Canada. Either way, if a child was born and raised here, and they’re willing to serve in the military, go to college and work cheap, let’s not deport them until they’ve fixed our crumbling bridges and roads.
On every issue, my rival was for it, against it, and for it again so many times that he doesn’t even remember what “it” was. He  flip-flops more often than our Olympic gymnastic team and he looks like hell in a sparkly pink leotard.
My opponent is in the upper 1% of the upper 1% of the upper 1%. If he were anymore 1% he would round to zero.
He's out of touch. His plan for the underwater housing market is to issue snorkels. He wants to let Wall Street run your daughter’s lemonade stand. He intends to trade Louisiana back to the French in exchange for Martinique.
At least we agree on that last one.
I know this is a close election. That’s why I’ve proposed to settle it by having our wives arm wrestle.
Let me make this clear: I will not replace our seniors with a voucher system. I will not sacrifice our students to greedy bankers. I will, however, voucher our students if they don't call their greedy grandparents and ask them to send money.
After years of nation building abroad, we need to bring our troops home.  If they can’t find employment within, say, one year, I’ll start another war. This time, let's fight for a place with better vacation opportunities.
So vote with your heart. Vote with your head. Or vote with your feet.
God bless The United Swing States of America. 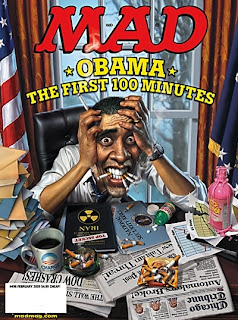