While state legislators debate public workers' right to collective bargaining, radical nurses, teachers, and Wisconsin state employees insist on exercising their right to freedom of speech and assembly.
What started off as a festive rally in the snow-covered capital of Madison turned ugly last night. Club-wielding plainclothes cops on Segways rushed and beat a contingent of kindergarten teachers. The teachers claims to have been handing out warm milk and graham crackers could not be independently verified.
While the national press focuses on unrest in Libya, reporters have steered clear of The Badger State. The news blackout has protesters frustrated that only democracy movements abroad grab headlines. “We need Al Jazeera!” shouted a militant from the Fond du Lac Mosquito Abatement District.
In a thinly veiled swipe at Michigan, an assistant spokesman for Governor Walker’s wine steward accused out-of-state agitators of fomenting unrest.  State security officials have expressed concern over new breaches in the border wall with Minnesota and religious extremists were warned not to take advantage of the situation.
Vowing to prevent Madison from becoming the next Tunisia, Governor Scott “Hosni” Walker has called in the National Guard to protect the Nation’s cheddar reserves. The Obama Administration was caught off guard by the move and contradicted a recent State Department statement assuring “America’s longstanding support” for the regime in Wisconsin which has always been “a bulwark against universal health care in Canada.”
Citing every workers right to collective bargaining, the Super Bowl Champion Green Bay Packers have offered to let disenfranchised state workers join the NFL Players Association.  “We didn’t fight Pittsburgh abroad just to lose our civil rights back home,” said a player who requested anonymity.
In response to today’s “Day of Polite Disagreement” and threats that Friday will be a full scale “Day of Disappointment,” internet and cell phone access have been cut off.  Without Facebook and Twitter, protesters have devised alternative communication strategies including “talking to each other.”
This video was smuggled out of Wisconsin yesterday
Posted by R.S. Gompertz at 6:20 AM 1 comment:

London (TOROPRESS)
Shaken by recent events in Tunisia and Egypt and fearful of similar uprisings in London, HRH Queen Elizabeth of England has dissolved the British Monarchy. Confidants suggest she was worried over the possibility of noisy protests and tent villages in Hyde Park.
Observers agreed that the move was both bold and proactive given that the British have not rebelled against their monarchy since the 1600s. Recent opposition was mainly limited to a few aging punk bands, and the crown was unlikely to be put to a popular vote.
A now unemployed spokesman at Buckingham Palace justified the change by saying, “Traditions don’t have to last forever, in fact they are more memorable when relegated to the past.”
Members of the Royal Family were caught off-guard by the surprise announcement. “She’s the Queen, I just consort,” said her husband, the Duke of Edinburgh.
“Frankly, it was all getting a bit too silly,” said Prince Charles. He announced that he will abdicate all claims to the throne and force his sons to get real jobs. “There’s really no further point to all this, is there?”
The former Queen, who now wants to be called “Lizzy,” also cited a desire to spend more time getting to know her family. “It is my deepest hope that within a few generations my offspring will be normal people,” she said via Twitter.
When asked if she intended to return royal lands and holdings to the nation, the Queen answered that she would only hang onto “a few castles and forests.”
In her final meeting with the Prime Minister, “Lizzy” expressed some anxiety over becoming a private citizen. “Being Queen meant never wearing the same hat twice,” she said. “I have enough hats to fill the Royal Albert Hall. What shall I to do with all these hats?” 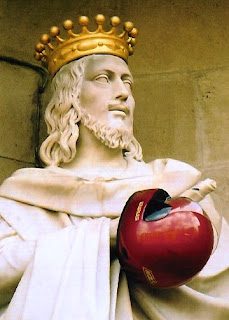 I demand that the UNdeclare that any nation calling itself a "Democratic People’s Republic"  should act accordingly. Once sanity is restored, the Security Council should require Britain to stop calling itself "Great" and insist that the USA to stop pretending to be "United."
According to the ever-vigilant International Standards Organization, where people actually collect a paycheck to worry about these things, there are currently 248 nations on earth.
A quick look at the ISO list reveals that most countries have reasonable names. You just can’t argue with a name like Iceland for example. Iceland is a commendable, solid, straightforward name. You know just what you’re in for when you go to Iceland. Likewise, the Islamic Republic of Iran could never be accused of false advertising.
But who is North Korea trying to fool by calling itself a “Democratic People’s Republic?” Certainly not their own people. At least the Democratic Republic of the Congo is self-aware enough not to call itself popular.
Why would anyone but die-hard foodies visit  “The South Sandwich Islands?” Naming your country “British Virgin Islands” beggars belief. What kind of tourism are they trying to encourage?
But once a nation has settled on a name, shouldn’t the rest of us honor it? If the Germans call their country Deutschland, what’s so bloody hard about the rest of us doing the same?  So let’s show some respect and start calling Hungary by the same term the locals use:  “Magyarország.”
Calling Magyarország “Hungary” is worse than calling it “Late to Dinner.”
Spain -- sorry, España -- turns the need to translate the obvious into an art form.  In España, England’s Queen Elizabeth is known as “Isabella,” and her son is called “Carlos.”  If they can get “Harry Potter” right, why does Prince Harry have to become “Enrique?” To their credit, the British take the high road; instead of calling Spain’s King Juan Carlos “King John Chucky,” they simply don’t mention him at all.
Maybe at a deeper level country names represent a people’s aspiration for what their nation should be. Perhaps the Congo aspires to be a democratic republic, the Arab Emirates hope to appear united someday, and the states of Micronesia dream of someday being happily federated.
The bushy-tailed optimist in me wants to believe this; why else would some of the world’s worst countries (none of them mentioned or remotely implied in this article) have such flowery names? It’s probably better not to push too hard on this question.  Besides, if every dodgy country on earth were required to name itself accurately – like the “Despotic Kleptocracy of This,” and the “Blood-Soaked Police State of That” – roll call at the UN would take forever. 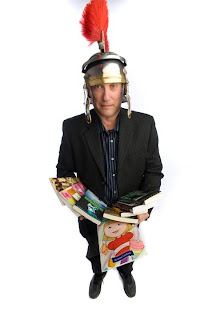 HRH King Ronald the First of Freedonia
Posted by R.S. Gompertz at 7:18 AM 2 comments: